Claytex is a consultancy, developer and distributor of modelling and simulation solutions for systems engineering. We focus on simulating the dynamics of how systems behave and interact leveraging the open standards of Modelica and FMI.  Our head office is in Royal Leamington Spa (UK) and we have been working with Dymola and Modelica since 1999 on a wide variety of projects. Today we also have an office in Cape Town, South Africa and at two locations in the USA – Ann Arbor, Michigan and Charlotte, North Carolina.

As distributors of Dassault Systèmes software solutions for Systems Engineering we can supply Dymola, Reqtify, ControlBuild, AUTOSAR Builder and their equivalents as part of the 3DEXPERIENCE platform. We are authorised distributors of these tools covering the UK, Belgium, Ireland, Luxembourg, Netherlands and South Africa.  We originally became Dymola distributors in 2003 and became a Dassault Systemes partner after their acquisition of the original developers in 2006.  In addition to being a distributor of Dassault Systemes products we are also a certified training partner and we supply them with the VeSyMA range of Modelica libraries.

Since 2009 we have worked with rFpro. Initially this was focused on the integration of our vehicle models with rFpro for use in Driver-in-the-Loop simulators in motorsport but today the partnership extends to include the distribution of rFpro, Modelica libraries to interface vehicle models to rFpro and the development of sensor models to support the virtual testing of autonomous vehicles.

Claytex develops solutions for the automotive and motorsports markets built around Dymola, Modelica, FMI and rFpro.  This work led to the creation of VeSyMA, our suite of libraries for Vehicle Systems Modelling and Analysis.  This suite includes Modelica libraries for simulating the behaviour of vehicles including their engines, gearboxes, drivelines and suspension and provides the complete toolchain to integrate these models with rFpro.

Utilising the FMI standard, we created the FMI Blockset for Simulink and Microsoft Excel.  These tools were developed to enable complex models that are compiled as FMU’s to be integrated into a Simulink simulation or made accessible to non-experts through Microsoft Excel.  More recently we have been building on these technologies to enable FMU’s to be simulated in the cloud using a web browser based user interface.

Currently we are involved with a number of Innovate UK collaborative R&D projects related to the simulation and testing of autonomous vehicles.  Within the scope of these projects we are developing detailed sensor models, scenario databases and test automation tools for rFpro. 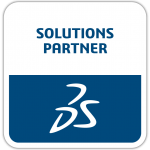 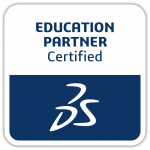 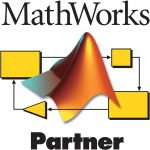