The VeSyMA – Engines library is capable of modelling both Spark Ignition and Compression Ignition engines and supports two different levels of fidelity for the models.

The library covers the air-path, fuel system, cooling system, lubrication and mechanics of the engine allowing the full system behaviour to be studied and investigated. 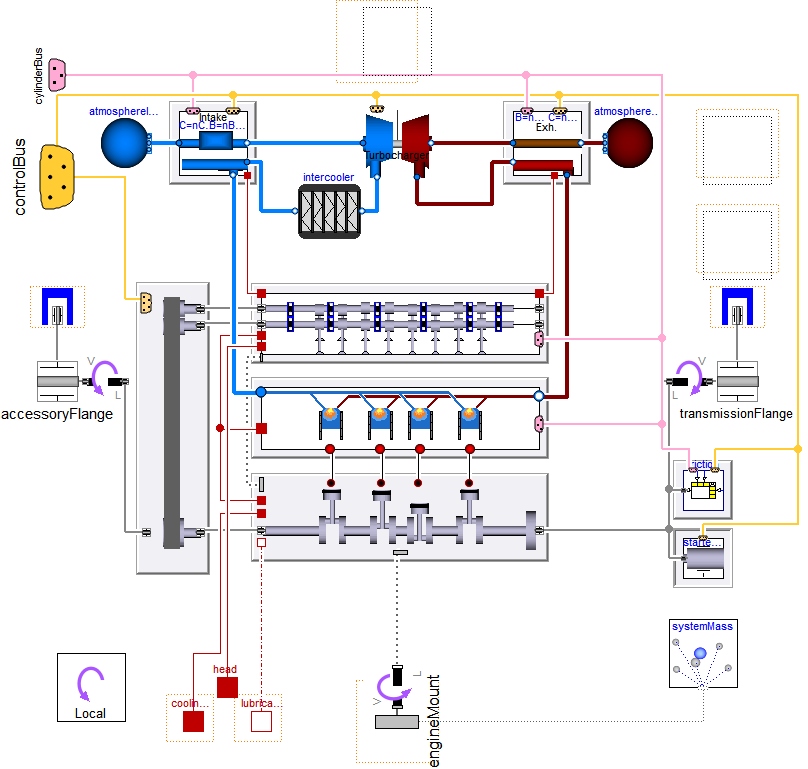 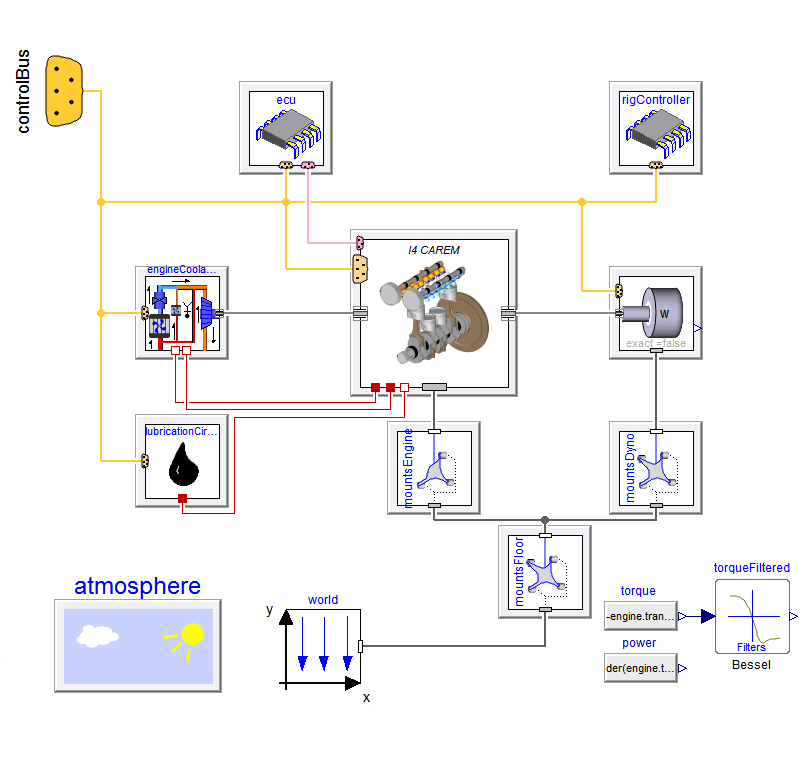 The Mean Value version predicts the cycle averaged air flow and torque produced by the engine.

The cylinder mass flow rates are calculated through an equation based approach allowing the engine capacity to be scaled within reasonable limits. This enables downsizing studies to be carried out using the library.

The combustion and emissions modelling is map based using manifold pressure and engine speed as the primary inputs to the maps with further corrections for spark timing and afr. 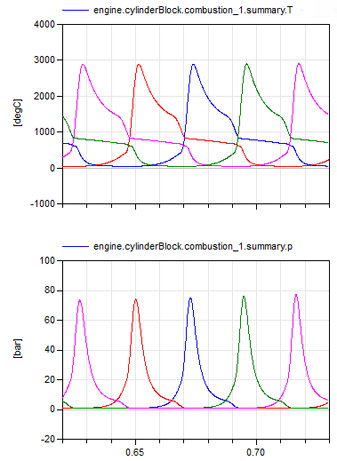 The Crank Angle Resolved version predicts the cyclic variations for air flow and torque. This is an extension to the Mean Value version of the library.

The flow though the engine block is dictated by the valve geometry and opening characteristics and the piston-cylinder assembly model. Valve and spark timing effects on the fluid dynamics and combustion model mean that the engine performance can be investigated using this version of the library.

This version of the Engine library is particularly suited to driveline NVH  analysis, mount excitations, cranking and detailed friction modelling. 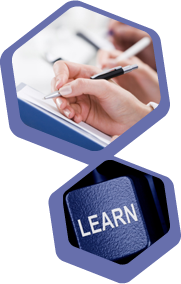