The mass flow through the throttle can be approximated as

λCD is then tuned to calibrate (1) at each operating speed and load condition against a measured quantity. To calibrate (1) with λCD , optimisation tools can be used to adjust λCD at each iteration so that the value of the calculated mass flow rate ṁa is very close to the measured mass flow rate which is defined as ṁaMeasured. The number of iterations for convergence depends on the convergence rate and the initial value defined. This method involves a large amount of simulations and the choice of the initial value is also very crucial and could involve an amount of trial and error. A more efficient way to tune λCD by using a control method is presented below which only simulates the model once and does not depend so heavily on the initial value of λCD.

where eair is the error. A proportional controller can be designed such that

If we choose an appropriate control gain for Kp1 , ma can be controlled to follow maMeasured and hence ṁa follows ṁaMeasured, i.e. eair→0.

The manifold pressure can be modelled as

where Tm is the manifold air temperature, Vm is the intake manifold volume, and ṁβ is the mass flow into the cylinder.

The mass flow into the cylinder can be modelled as

We define the pressure error as

A proportional controller can be designed such that

By choosing an appropriate control gain Kp2 , (9) converges and ep→0. 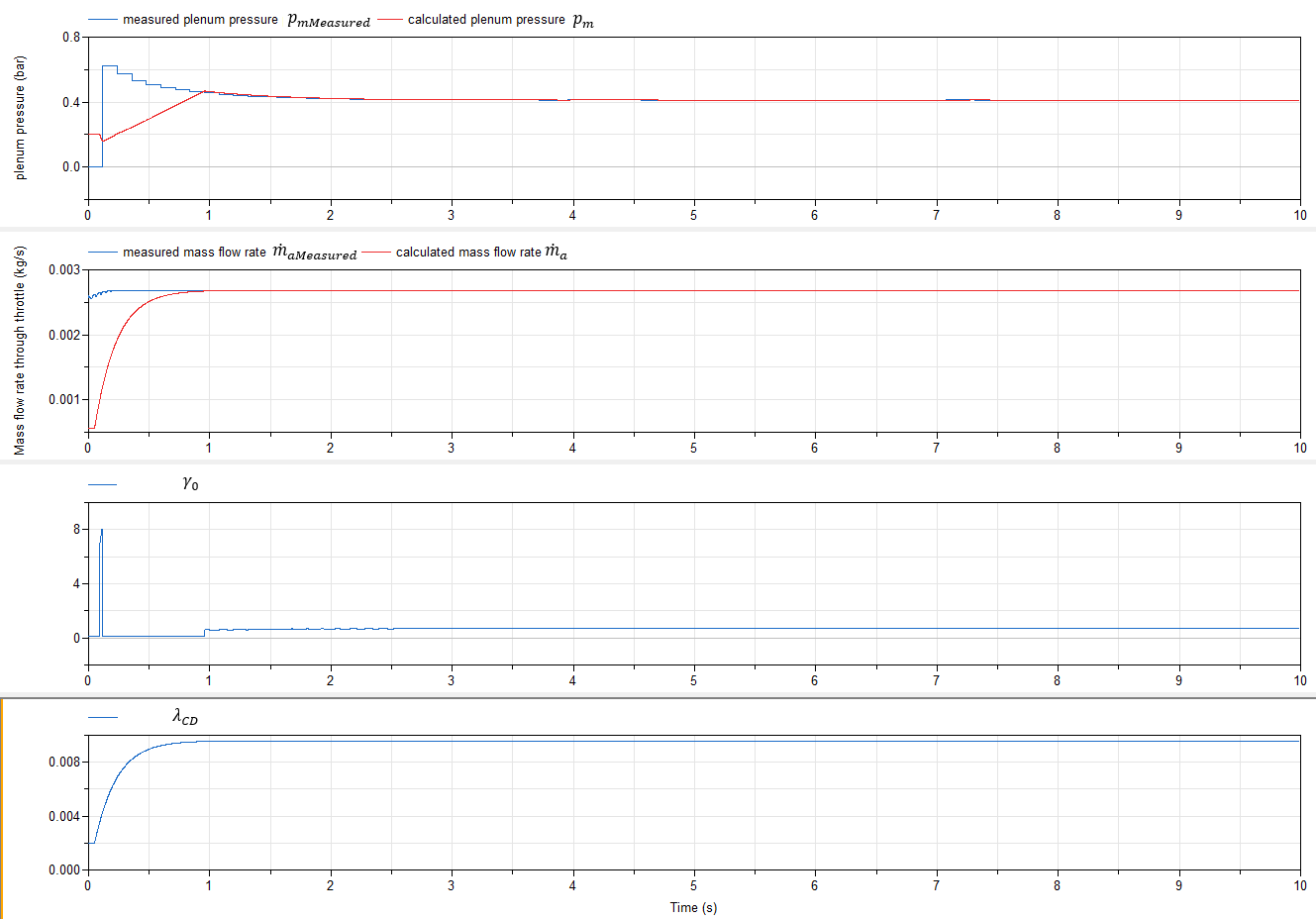 In this application, i.e. mean value model of an engine air path, it is possible to use control design to calculate the values required for tuning the parameters γ0 and λCD by stabilising the error dynamics to zero asymptotically. Thus an optimisation tool which results depend on an initial guess of the tuning parameter values and which uses time consuming simulation iterations is no longer required. It is very common to have a large number of steady state conditions that are required to be calibrated. In this application, the control based calibration method is thus a much more efficient and robust method.