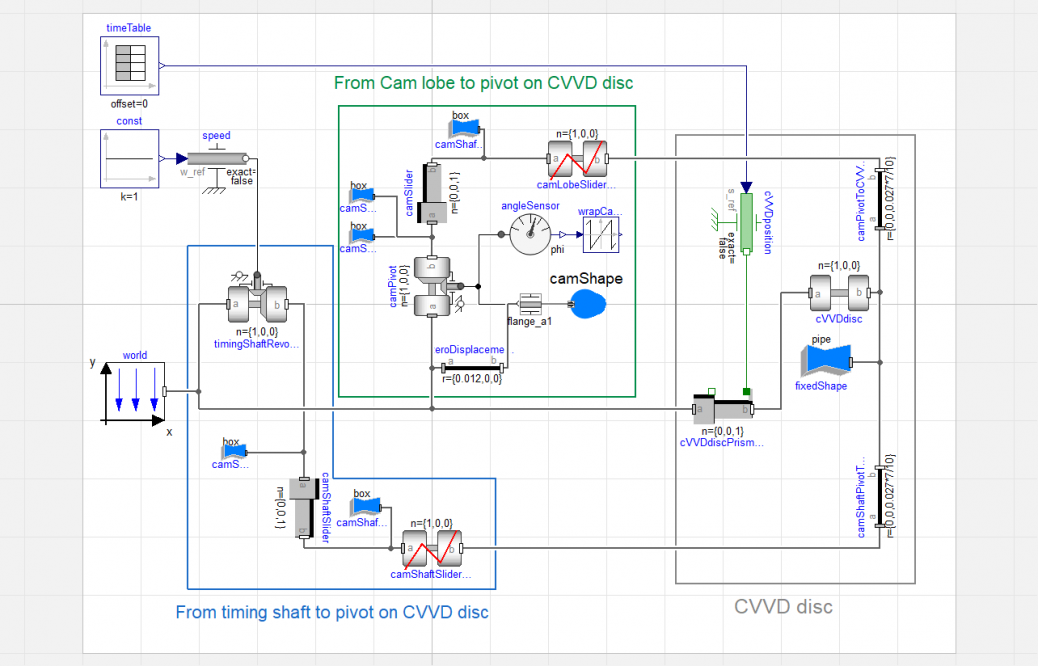 Continuously Variable Valve Duration (CVVD) is a method to vary the valve duration of an internal combustion engine. Recently CVVD technology has been implemented by Hyundai in their 1.6 T-GDi engine. This post creates a representation of the system and examines the results of this model.

The model is an ideal representation of the CVVD mechanism that is described in these youTube videos:

The model in Figure 1. is not intended to be accurate it is only intended to exhibit the ability to vary the speed of the cam lobe.

The location of the CVVD disc relative to the timing shaft is changed and this modifies the speed characteristics of the cam lobe.

In Figure 2 the CVVDdiscPosition.s signal is the location of the CVVD disc relative to the timing shaft, this starts off at 5mm then at 10 seconds goes to 0mm and then goes to -5mm. The camPivot.w signal is the rotational velocity of the cam lobe.

Implementing this CVVD mechanism in an engine model