The merits of using the Vehicle Interfaces template library

To fully harness the object orientated nature of Modelica based simulation in reducing resource wastage on model variant development and maintenance, it is sensible to utilise an efficient template structure of some description. The Vehicle Interfaces library from the Modelica Association provides the most efficient way of fully utilising the inherent advantages of Dymola as a multi-discipline simulation tool.

Intuitively, the Vehicle Interfaces library groups automotive components together by vehicle subsystem, regardless of media. For example, a brakes model features all the mechanical, thermal and fluid elements together in one braking system model, which reflects common workflow structure within industry. 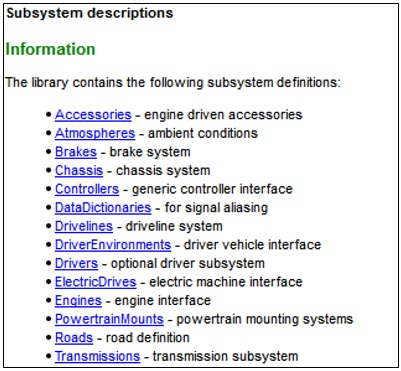 In using connectors and the sign convention from the Modelica Standard library to specify the connectors present in the templates, the Vehicle Interfaces library provides a non-restrictive template structure governing the interaction between vehicle subsystems. As only subsystems are defined in this way, no restrictions are placed on what can be built from them. Uniquely, this enables users to configure their models at the top level in any way they desire using subsystems built upon the Vehicle Interfaces library, safe in the knowledge that any additional/third-party component sharing the same template will be immediately compatible with their model. The use of Modelica Standard Library connectors and sign convention brings additional benefits such as making it easy to connect libraries from multiple vendors that also follow the Modelica Standard Library conventions 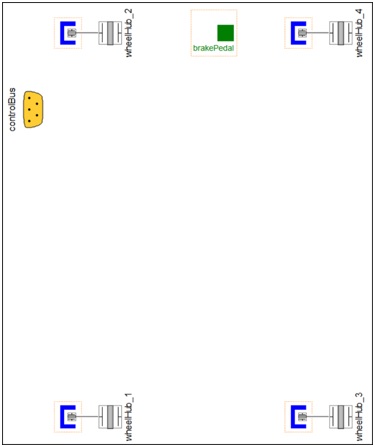 Figure 2: Typical Vehicle Interfaces base class, in this case the TwoAxleBase model.

Note the different connectors; controlBus to link the model to the vehicle model’s

CAN bus model, 4 hub connectors to connect the brakes to the wheels and a

positional flange to represent the brake pedal itself.

Harnessing the lack of top level restrictions on model architecture, component subsystem models built from Vehicle Interfaces templates can be configured into any format of top-level vehicle model. Use of the Vehicle Interfaces library templates to standardise the interfaces between subsystems means it is very easy for the user to expand upon components and develop their own models, as the integration of the new component into the wider model is ensured by the commonality of the template. This concept is fully harnessed in the VeSyMA suite of libraries, where we at Claytex have developed our own vehicle template system in which to combine the subsystem components. Additionally, this enables the subsystem components found in the VeSyMA suite of tools to be used in any model featuring component interfaces defined by Vehicle Interfaces models.

Figure 3: Comparison between the VeSyMA.Engines.Interfaces.Engine template on the left, and the

VehicleInterfaces.Engines.Interfaces.Base it is extended from, shown on the right. Note the additional

fluids connectors on the VeSyMA model for the cooling system and fuel tank.

As with any enforced structure, if not implemented intelligently then restrictions of usage will be encountered, leading to multiple versions of the same model being required to accommodate slight differences in configuration. Modelica’s natural flexibility as a modelling language enables these fears to be dismissed swiftly and comprehensively, with a prime example to be found in the VeSyMA library itself, regarding the relationship between the engine model and the cooling system. As the VeSyMA engine models are built from the Vehicle Interfaces VehicleInterfaces.Engines.Interfaces.Base template, natively VeSyMA engine models would not be compatible with a thermodynamic cooling system using heat port connectors; this is not an issue, as the Vehicle Interfaces base engine template can be extended to include the requisite heat port connectors. In effect, as the templates are comprised of layers with connectors declared in separate layers, the user is enabled to create component models of varying complexity without having to deal with every connector permutation in every model, vastly simplifying the modelling process both at a component and wider model level.

Commonality of the fundamental Vehicle Interfaces base class ensures fundamental combability between every permutation across the wider vehicle model. Furthermore, connectors can be conditionally declared meaning they can be “turned off” if not in use by a Boolean parameter. All of these benefits from using the Vehicle Interfaces template structure lead to a reduction of model management and maintenance, where single components can be swapped out to affect a complex change in a wider model. This means a single vehicle template is used, rather than multiple templates to support various multiple media sub-components, as the above example shows.

Furthermore, an engine model developed by a third-party using the same open-source Vehicle Interfaces template would be supported by the same single vehicle model. Fundamentally this gives the user the advantage of model reuse and the resources that need to be dedicated to model maintenance can be reduced, whilst the company is not tied to a single software vendor thanks to the open standard model architecture.

Intelligent implementation of robust templates in the VeSyMA platform empowers the user to be able to delve into any level of detail and complexity desired, without having to waste time dealing with issues of integration and model library maintenance, combined with the least restriction of compatibility with third-party vendors possible.

Feel free to contact sales@claytex.com to get more information on the VeSyMA Library.