This article will explain the nature of linear feedback. Models laid out intuitively in the DYMOLA GUI are connected systematically with the ideas of Laplace-domain block diagrams commonly used in controller development, while the concepts of proportional, integral & differential control are briefly summarised.

Ideas used to carry out stability analyses will hopefully become more easy to connect with the computer models, with the relationships between alternative system representations clarified.

In this article, DYMOLA computes outputs from a single example system, subjected to a step input. Advantage is taken of the flexibility of the DYMOLA environment.

For students & researchers, we hope the article will open up possibilities to use DYMOLA as the modular, acausal, smart explicit analysis software of choice for control design & stability analysis.

This article refers to some earlier articles in the “Stability analysis in DYMOLA” series.

Why Use Dymola for Stability Analysis?

As progress is made through the series, ways to use DYMOLA for stability analysis are explored.

The modular structure of Dymola lends itself to incrementally adding features & details. Testing to make sure the model still works as expected is also easy. These qualities serve Systems Engineering which requires documentation of how models are developed & results reached, in order to accurately and easily adjust those models as ideas develop, or are revised.

In short, when using model based systems engineering, it is critical to be resistant to error, and for models to be reusable and flexible.

The principles of RAMSii apply to models & processes for modelling, as well as the final product.

This series of articles will explore tools for linear analysis in DYMOLA. The meaning of a system’s “roots” was already explained in part I, but in practice, methods for stability analysis are more often concerned with systems that contain at least one feedback loop.

This is true to the degree that software for general mathematics has functions that only let you do analysis (like root locus analysis) on closed-loop systems.

It’s fair to say we don’t often need an elaborate diagram to see what the system would do when it has no feedback loop. That is mainly because there is much more limited scope for intervention (no controls). Nonetheless, the methods are entirely relevant for “open loop” systems too.

Closed loop systems feed output information back, through certain processes, to the input. In simple examples, the output may be delivered unchanged to the input, and subtracted from the reference value (a unity feedback system) while in practice, instruments and subsystems all have a transfer function of their own, influencing the signal as it “passes through”.

The mechanism for “subtracting” the feedback signal from the reference input, like a steering servo, or aileron, likewise has its own (potentially unhelpful) transfer function. The controller itself, is only an implementation of a logical law to decide what control to apply (what command to give the servo or aileron). However, the controller is only one of many components of H(s) shown below.

Usually, the reference input represents some phenomenon outside our control,

compensate for the effects of the outside influence on the state (position, speed,

temperature, etc) of the plant.

As explained, in practice H(s) is really a product of transfer functions for:

In the diagrams below, the version on the left shows the feedback path condensed as a single transfer function, but usually H(s) will be the outcome of several terms. Using Laplace domain functions makes the process of composing and interpreting it simpler (Boyce & DiPrima, 2001).

Figure 2: In practice the feedback transfer function is a product of many

You may have heard the term “PID” which refers to controllers that use the output itself, the derivative of the output, and the integral of the output to contribute to the feedback signal.

Each has a coefficient, called a “gain” which weights the influence of the terms.

The Laplace block diagrams help to manage the terms, especially as the integral & derivative transform to multiplication & division by s, the complex variable.

Figure 3: The above diagrams are equivalent (Ogata, 2002)

The easiest way to show an example is to just build on the model we have been using. Here, the value of capacitor voltage is amplified processed (we will examine this later) and subtracted from the input voltage. 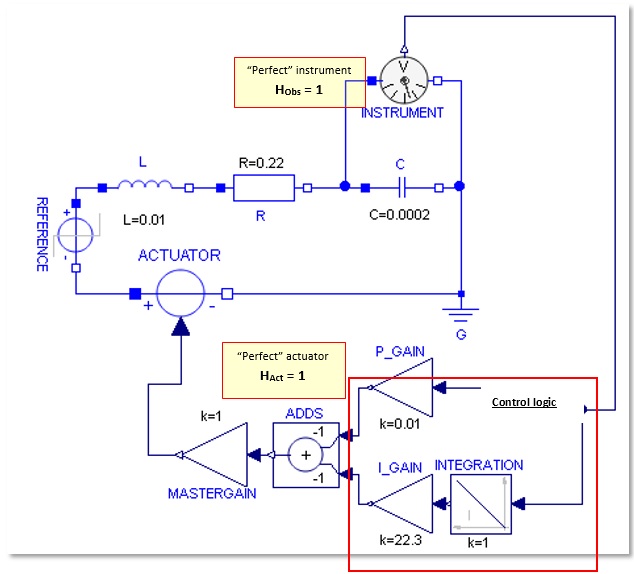 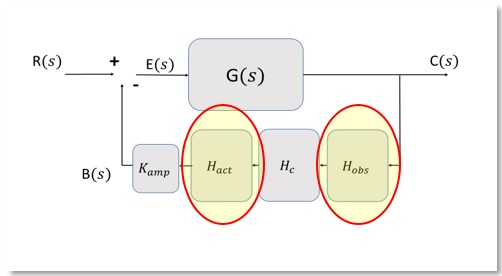 Figure 5: The transfer functions of instrument & actuator are ignored (=1) 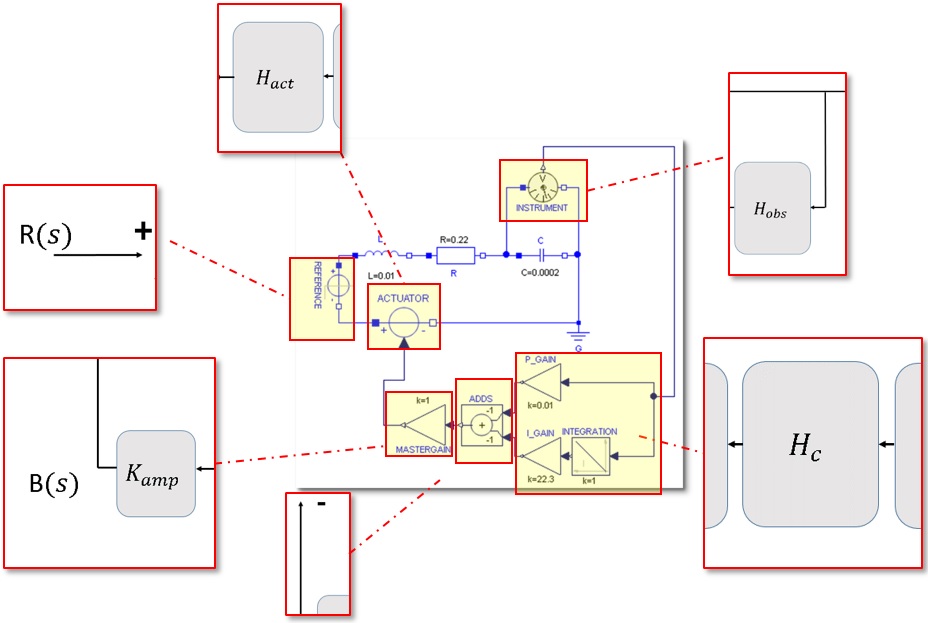 Now compare the DYMOLA schematic with the block diagram containing specific functions representing the H(s) constituents. In this block diagram, Hobs(s) has been assumed to equal unity, and been left out, as has Hact(s). This matches the actual nature of the DYMOLA model shown, in which the instrument is modelled as measuring the voltage at the capacitor perfectly, and the “signal voltage” component, similarly, delivers the control signal perfectly too.

Figure 7: Dymola GUI & a block diagram separating control components as in the GUI (see also Figure 8) note that the differentiator,

and derivative gain KD (indicated, right) are shown for completeness but do not exist in the GUI diagram (left) 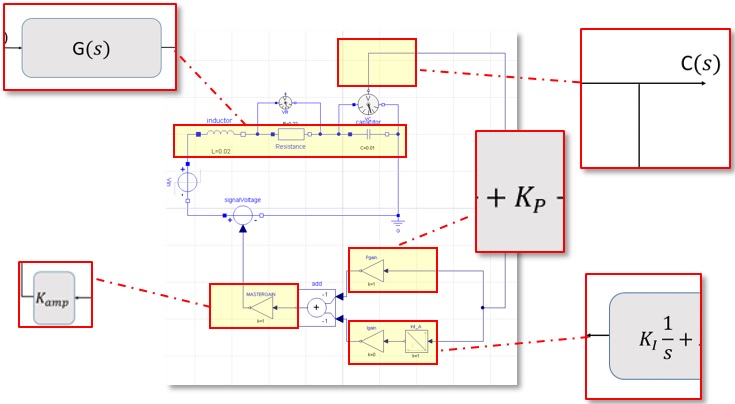 Figure 8: How the blocks correspond to the system

As before, we’re concentrating on the voltage across the capacitor as the output of interest. We start by illustrating the effects of feedback control, not using theory, but rather just by example results obtained by simulation. We then discuss qualitatively what the effects are, why, and what the accompanying root locus diagram will look like. 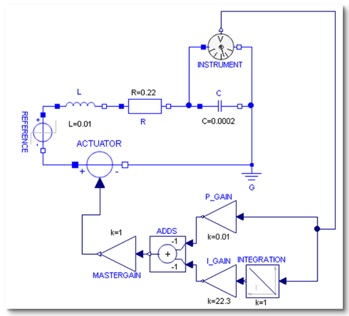 Below, we look at the effect of proportional, and then integral control by experimenting with gain values. Note that DYMOLA easily allows us to try a range of possible values by scripting, but it also contains an arsenal of tools to analyse systems without close inspection & without advanced practical CAE skills. We’ll explore these in later articles. 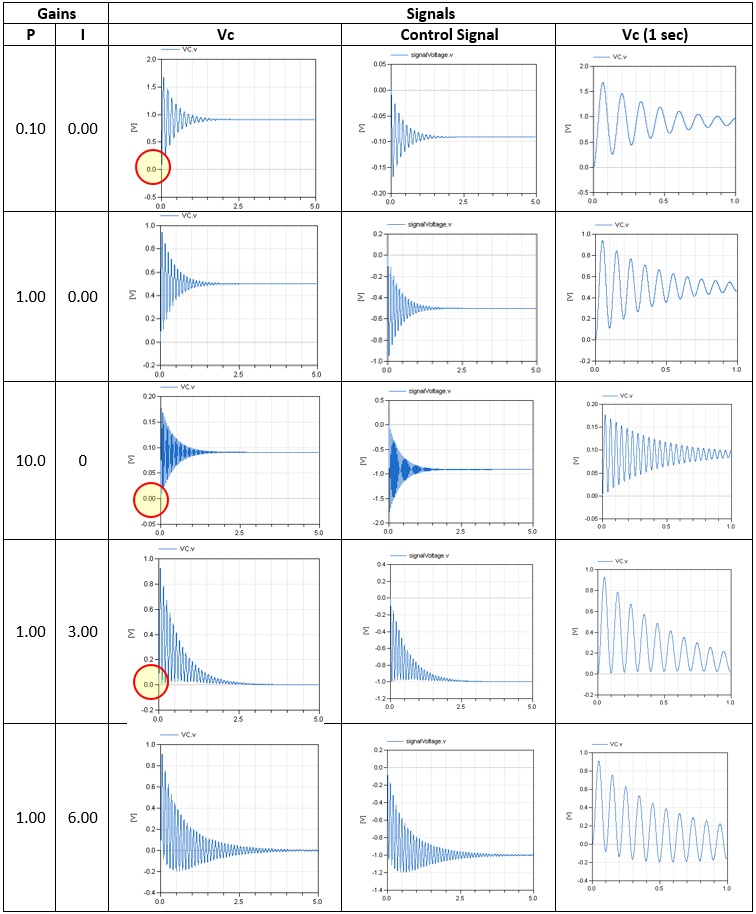 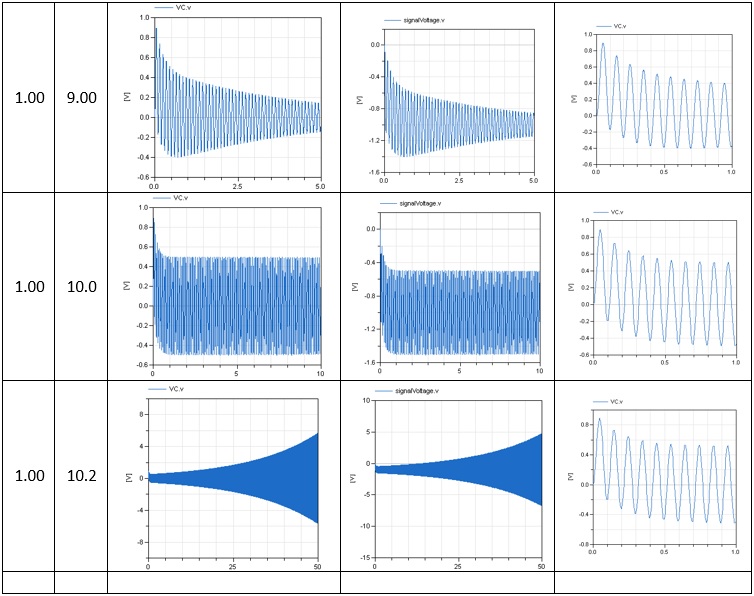 Before proceeding we orientate ourselves with the following observation:

In the above diagram, we can observe the following points. These follow from examining the theory, but we have used results only to point to the effects for now. DYMOLA can quickly & efficiently generate such results. Useful for when a system is harder to examine…

If we allow integral gain:

Most importantly we note that:

“Maxing out” the control actuator is called “saturation” in control engineering. Bear in mind that any control schematic that treats the system as “linear” as is done here, cannot account for the fact that there is only so much control that can be applied. For example, rocket thrusters to correct course have a maximum thrust, beyond which they will deliver no more regardless of what is demanded! This is “obvious” but it is possible to become engrossed in analysis, and pay too little attention to the physical facts. It is for this reason this control “demand” has been plotted. It’s worth keeping an eye on it!

i Creating a linear approximation at an appropriate operating point, which can be used to design a control system meant to maintain that operating point (Requires verification that the excursions of the system are small enough not to invalidate the analysis).

ii Design for Reliability, Availability, Maintainability & Sustainability. A key Systems Engineering concept, the term RAMS summarises the need to achieve a low lifecycle cost & reduce risk due to uncertainty by facilitating (continuous) maintenance, inspection, testing and so forth by design. This applies to the development process, and here, to modelling in aid of that, as well as to the final product.

iii This is called steady-state error