The previous version of Dymola incorporated the possibility to create a submodel from some of the components of a model (this is the link to the corresponding article). This feature has been extended now and allows the creation of base classes. The procedure is completely analogous:

1. Select the components that will take part in the base class.
2. Right-click on them and then click on Split Model. A menu will pop up.
3. The aforementioned menu includes the following fields: 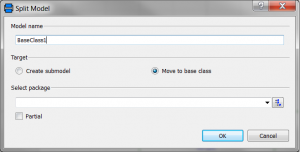 Figure 1. Dialog box of Split Model for “Move to base class” 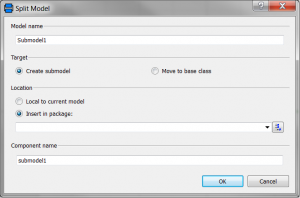 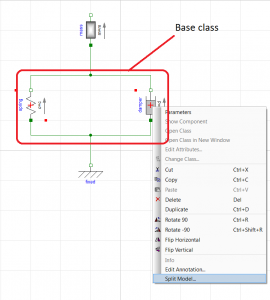 Figure 1. Example of a base class selection from a model