A useful new feature in Dymola 2013 is submodel aggregation,which allows you to quickly create a new submodel from a group of components within an existing model.  This feature provides an alternative method for creating subsystem models to that described in the earlier article Creating and using subsystems. 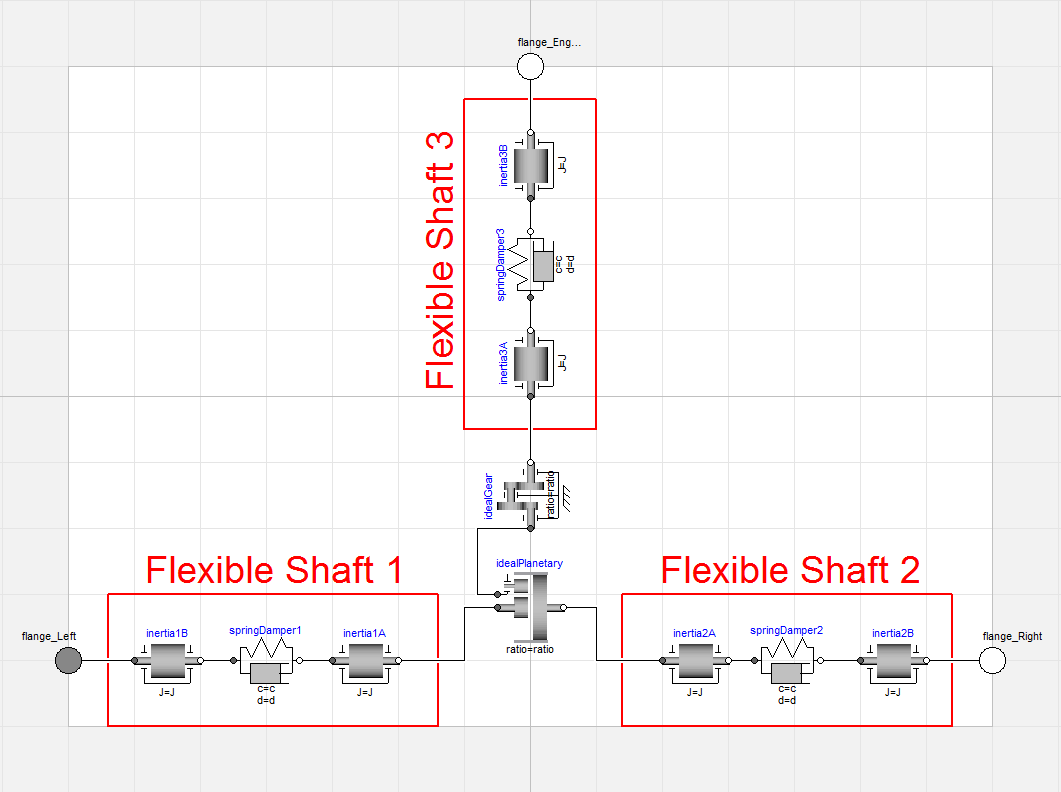 To do this, the components to be moved into the submodel are selected, in this case two inertias and a spring-damper. The context menu is opened by right clicking, and the option Create Submodel… should be selected. 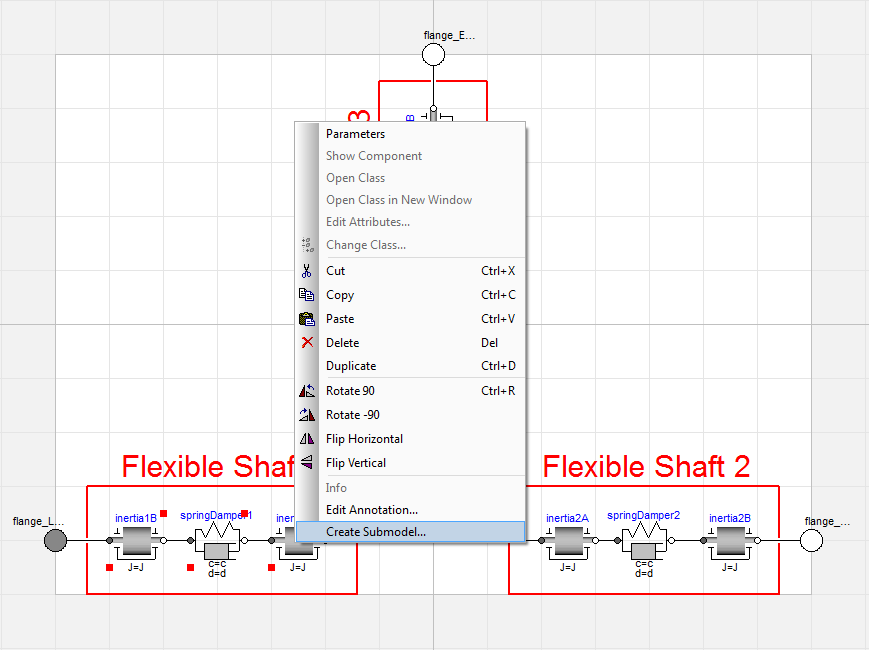 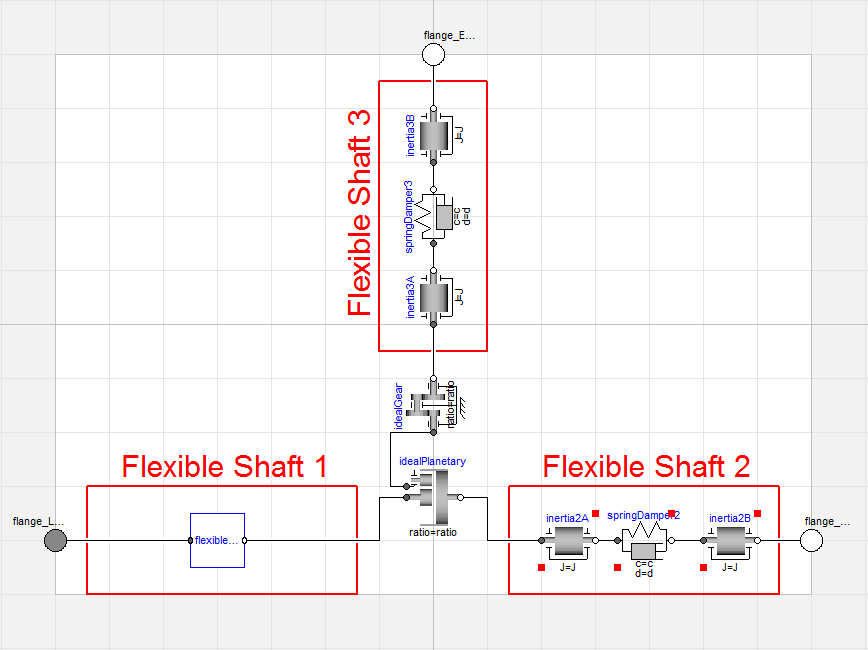 The diagram of the FlexibleShaft submodel is given below. Note that, the required connectors were automatically added when the new class was created and the connections between components were maintained.  At this point, an icon can be added and important component parameters propagated ready for reuse of the submodel. 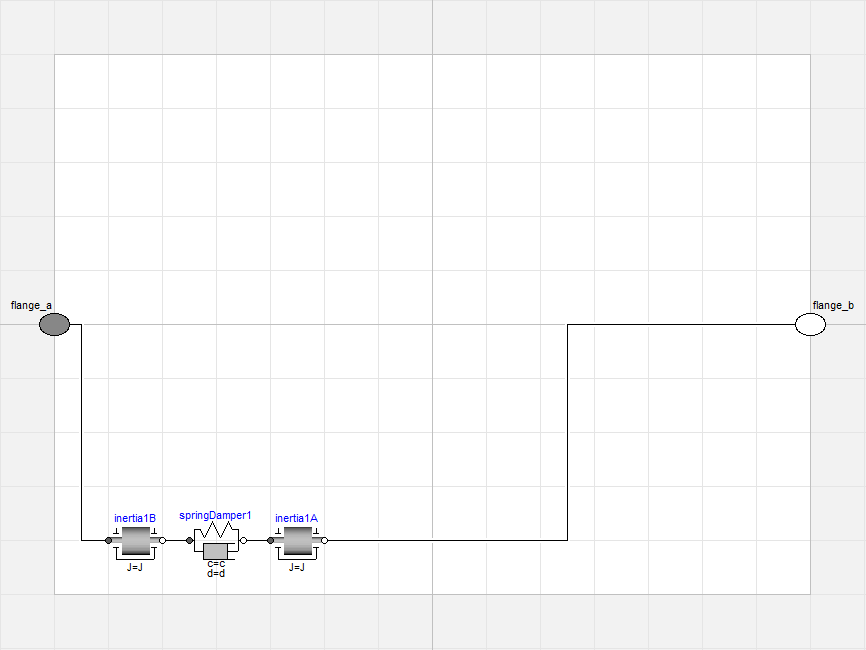