Home Blog Using Dymola for the modelling of fluid machinery: the example of a turbocharger

Using Dymola for the modelling of fluid machinery: the example of a turbocharger

Whilst historically turbochargers were mainly used in engines with high top-end performance, nowadays they are also used as part of the engine downsizing process. Along with other technologies and devices, turbochargers can help automotive manufacturers to build more efficient engines and thus cope with ever more stringent emissions regulations. Being able to model a turbocharger in a physical and reliable way is of paramount importance in predicting the flow through the intake and exhaust systems of the engine.

In this blog post we will see how we can use Dymola for the modelling of fluid turbomachinery using the practical example of a turbocharger.

Let’s consider the three main components of the turbocharger: 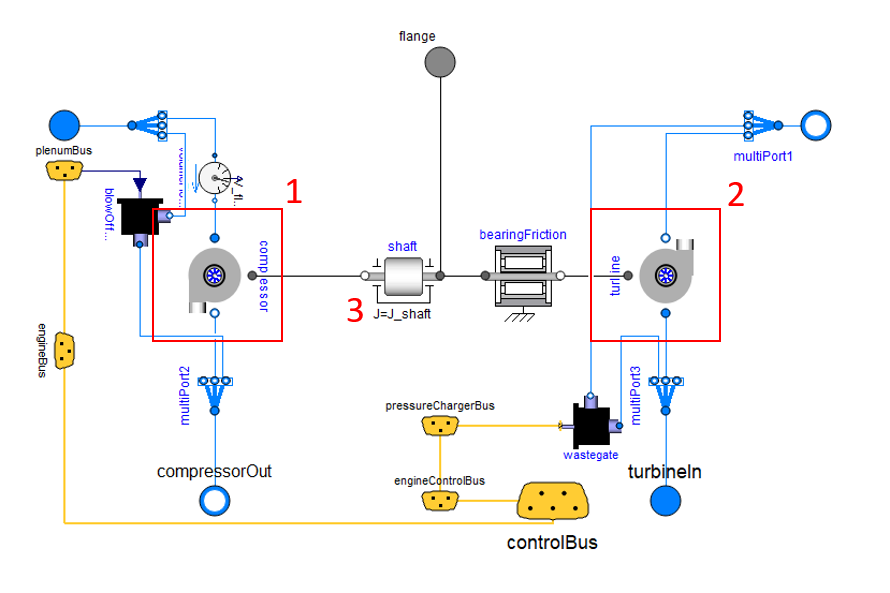 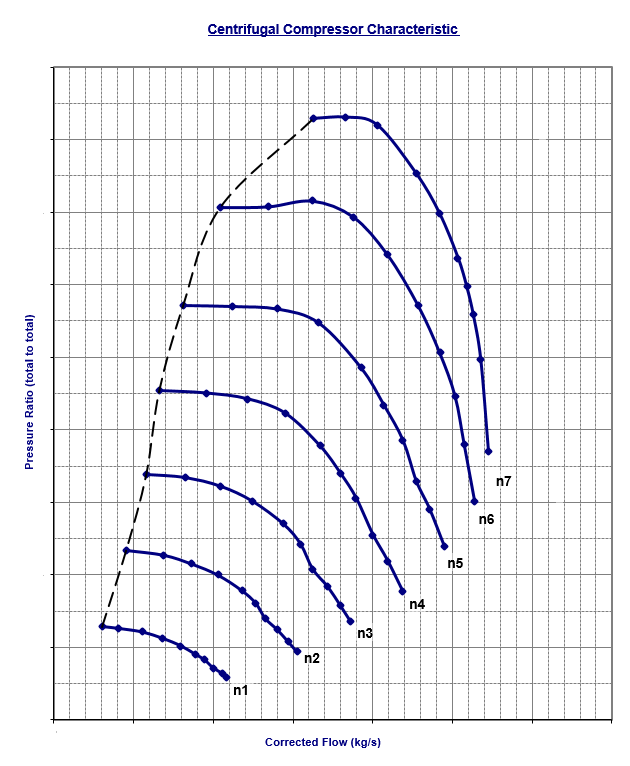 Figure 2 shows a compressor map with corrected variables. In this case, the relationship between the corrected mass flow rate and speed and the actual ones is: 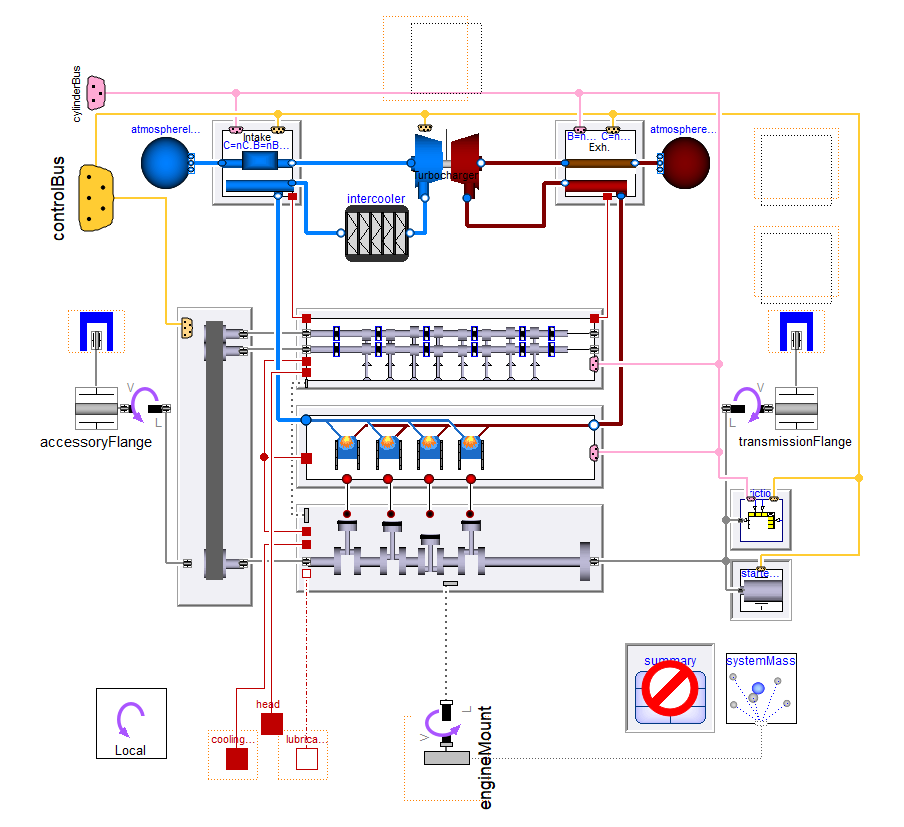 The data from the manufacturer is often in the form of tables as the ones in Figure 4: 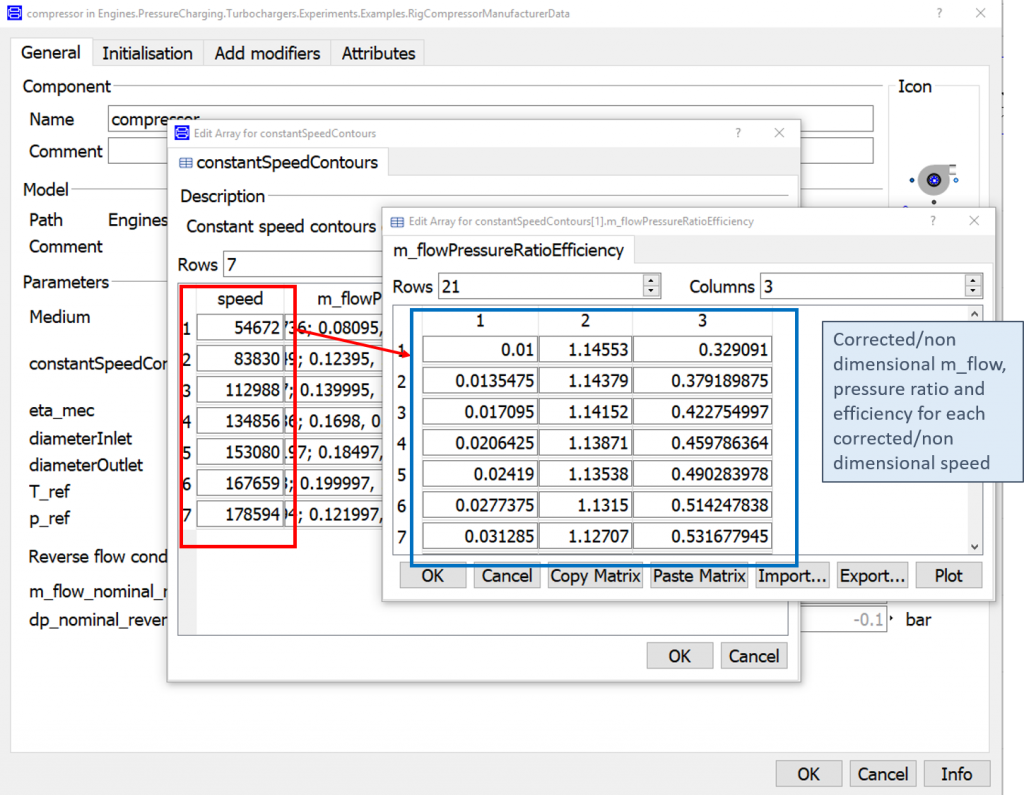 It is possible to directly use the data from the manufacturer in the Dymola model, performing an interpolation from the look-up table. However, it is good practice in dynamic simulations to avoid repeated interpolations so as to not compromise the model robustness.

Where a, b and z are functions of the corrected or non dimensional speed n:

Following this approach, the corrected mass flow rate of Figure 2 can be defined as:

where the subscript out stands for outlet conditions.

Then, the actual mass flow rate flowing through the compressor can be calculated using equation 1.

The parameters a and b in equation 3 represent the intersection points of the compressor characteristics with the axes x and y. The parameter z defines the profile of the curves, as described in figure 5: 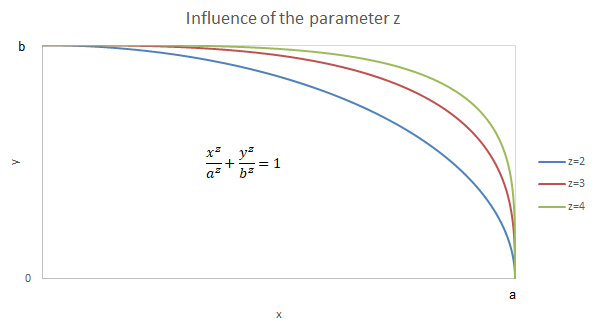 Figure 5:  Influence of the parameter z in the set of curves.

Using equation 3, is possible to define the set of compressor characteristics with a relatively high level of accuracy, as shown in figure 6: 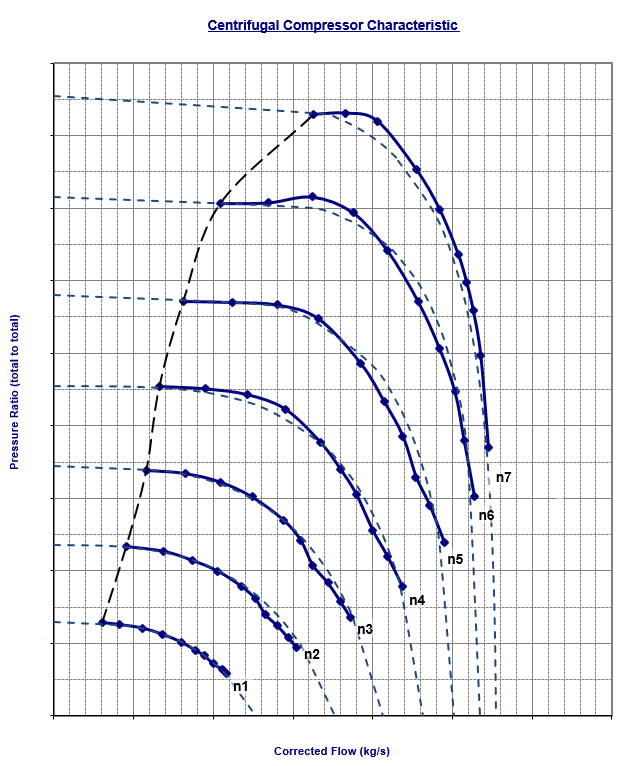 As far as the energy balance is concerned, the isentropic enthalpy change can be calculated using equation 4:

The power transmitted to the fluid is then:

Which in Dymola translates in:

The turbine can be modelled in Dymola in a similar way to the compressor, starting from the turbine map. 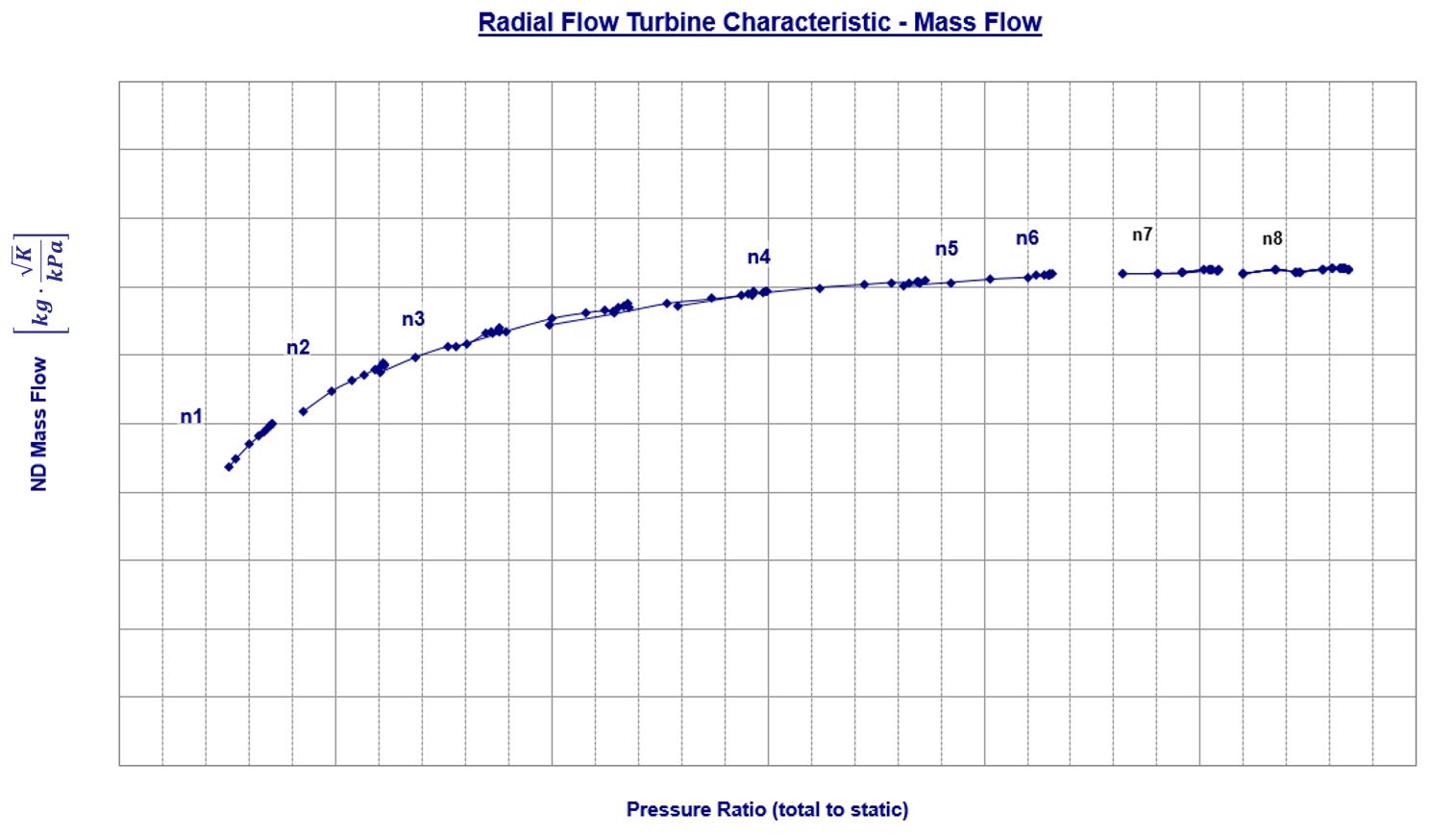 In the same way as for the compressor, the turbine characteristics can be approximated using an ellipse in the form:

In particular, the turbine behaviour can be expressed with the following set of equations:

where x0 is the x coordinate of the ellipse centre and PR is defined as:

Equation 5 allows the definition of the turbine characteristics with a relatively high level of fidelity, as shown in figure 8: 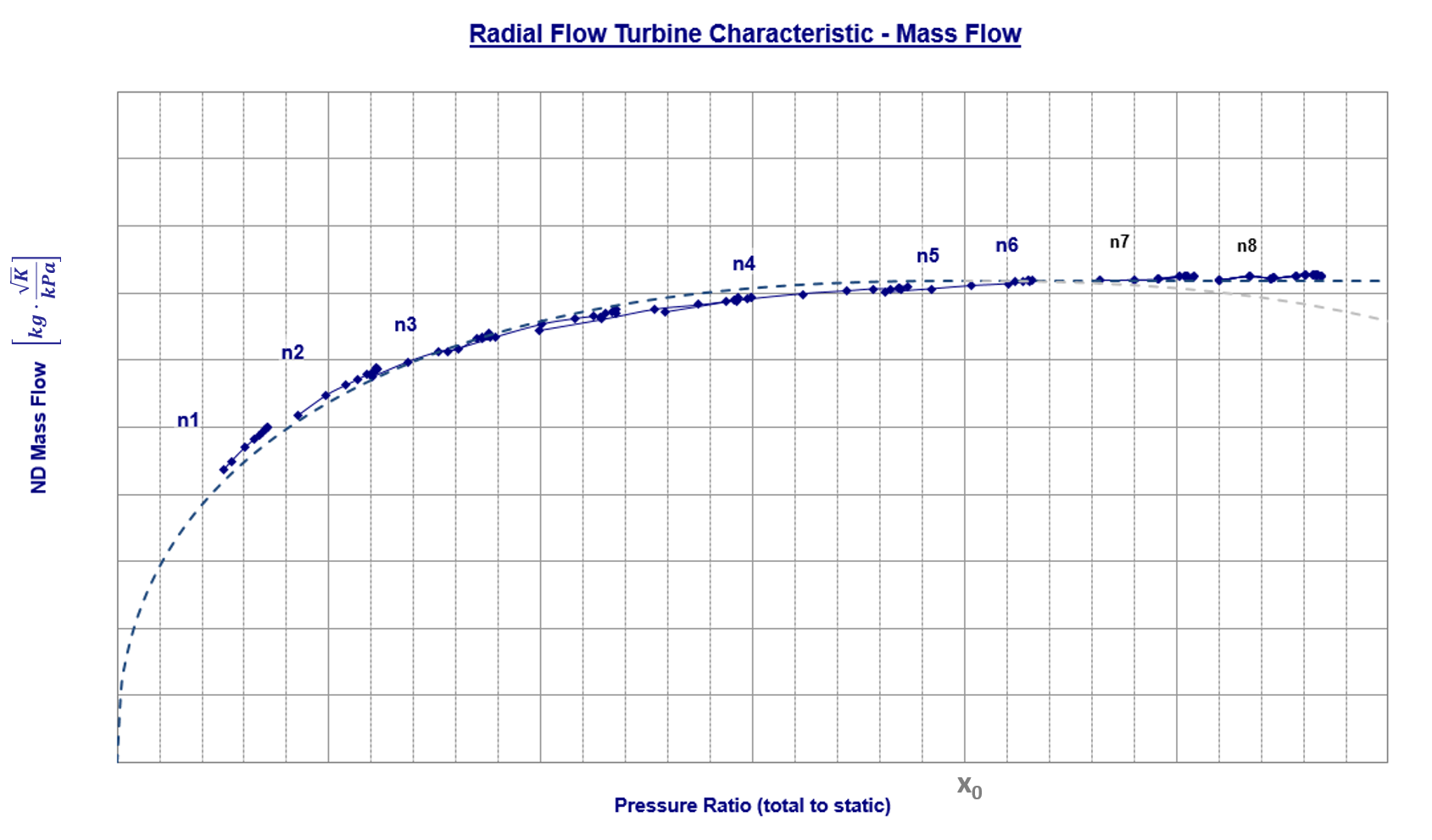 In this example, the turbine map uses the non-dimensional variables

As far as the energy balance is concerned:

The power extracted from the fluid is then:

Both turbine and compressor models need to include a volume, representing the volume of fluid within the components. This volume is very important from a simulation point of view, as it influences the amplitude of the pressure and mass flow rate oscillations.

Compressor and turbine then need to be connected through a shaft with a specific inertia and friction, as shown in figure 1. 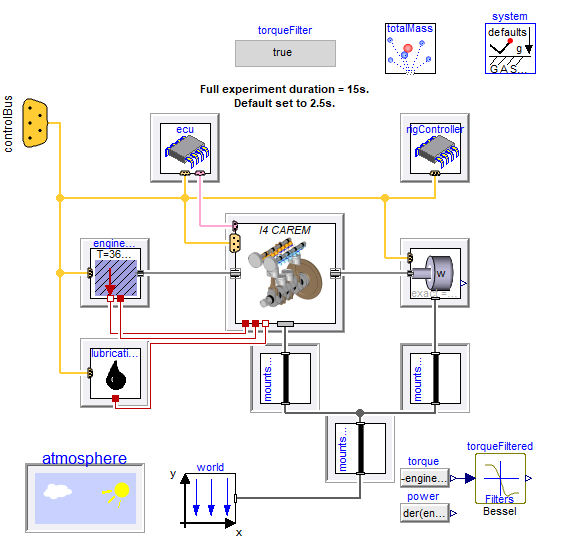 When running the engine at constant speed (2000 rpm) and wide open throttle, the resulting mass flow rates and pressure ratios in the turbocharger are: 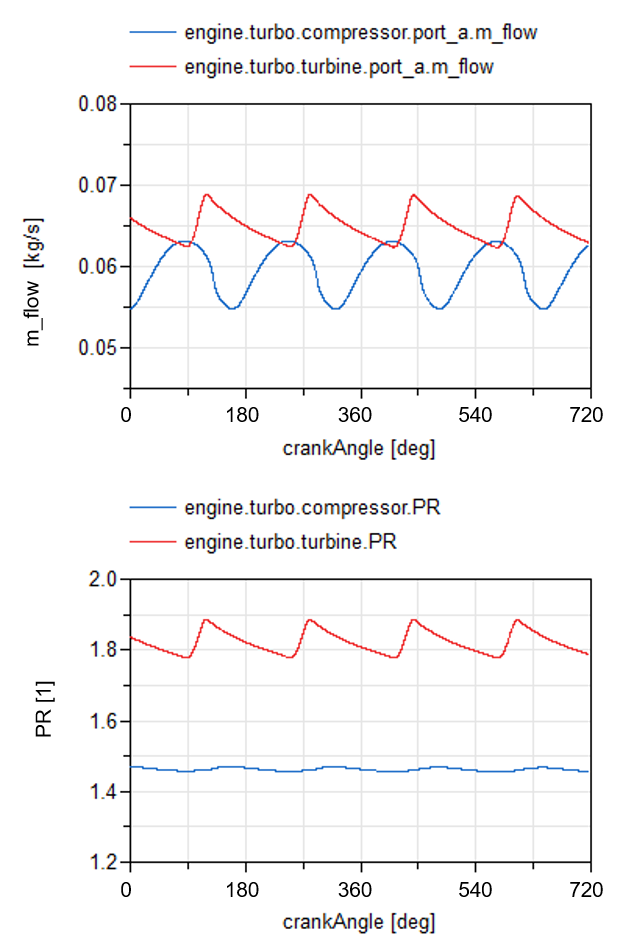 Figure 10: Compressor and turbine mass flow rates  and pressure ratio in a I4 CAREM.

Figure 11 shows the effect of the volume size on the amplitude of the oscillations: 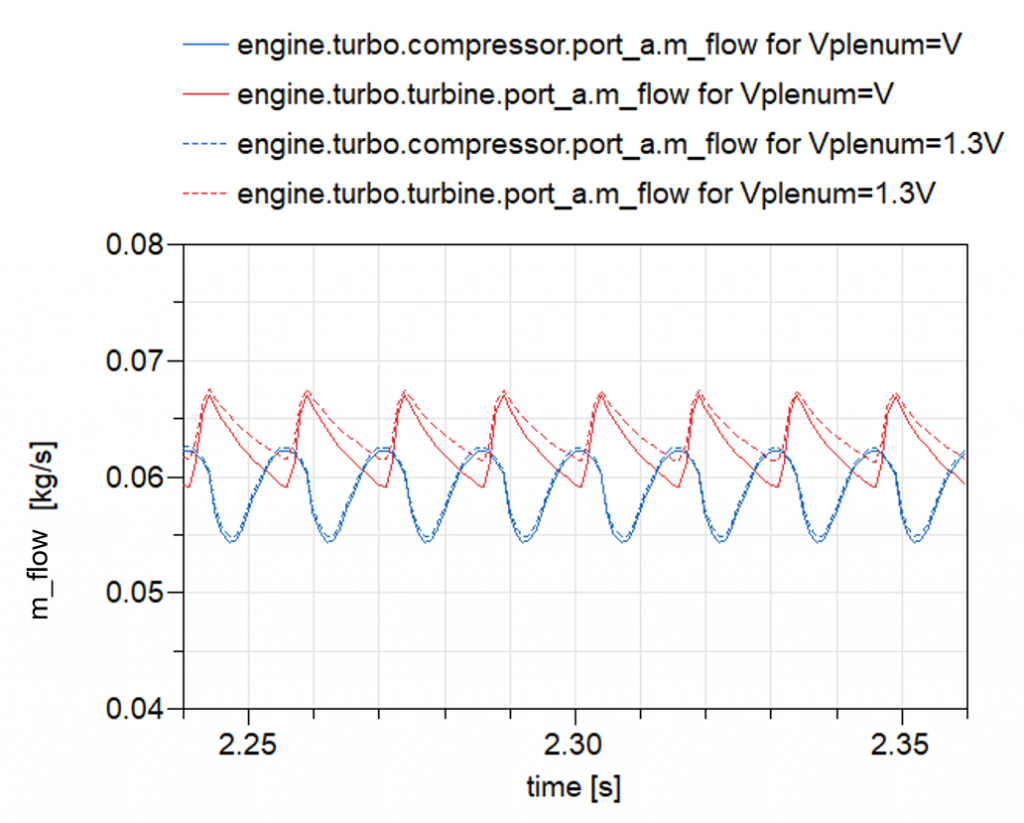 All the Dymola models used for this blog post are from the VeSyMA-Engines library developed by Claytex. Please do not hesitate to contact sales@claytex.com for more information.