This article is designed for Windows users that want to interface with Dymola from Python.

A Python Inteface to Dymola was first implemented in Dymola 2015. In this article Python 2.7 and Dymola 2017 are interfaced using Visual Studio 2010 with PTVS.

Dymola includes a Dymola interface that is stored in the Python package <Dymola 2017 installation directory>\Modelica\Library\python_interface\dymola.egg. The dymola.egg package contains the Python functions for interfacing with Dymola such as simulateModel, ExecuteCommand and many more: 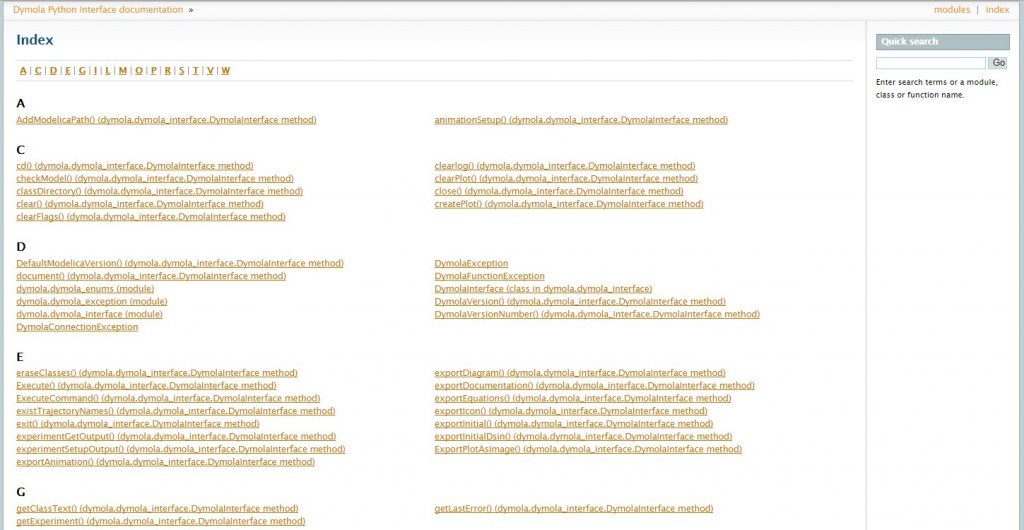 Full list can be found in <Dymola 2017 installation directory>\Modelica\Library\python_interface\genindex.html

Dymola does not include Python or a Python IDE so these need to be installed.

Section 6.7 of the Dymola User Guide Volume 2 contains simple instructions about how to install and test Python.

These instructions are easy to follow however make sure that you get Python 2.7. Also when you modify the PATH first create a backup of the path before modifying the path, and make sure that the path has been modified in the way you expect.

Run through the instructions in the Dymola Manual and make sure that DymolaExample.py simulates as expected.

Python does not include an Integrated Development Enviroment (IDE), fortunately there are many Python IDE’s: 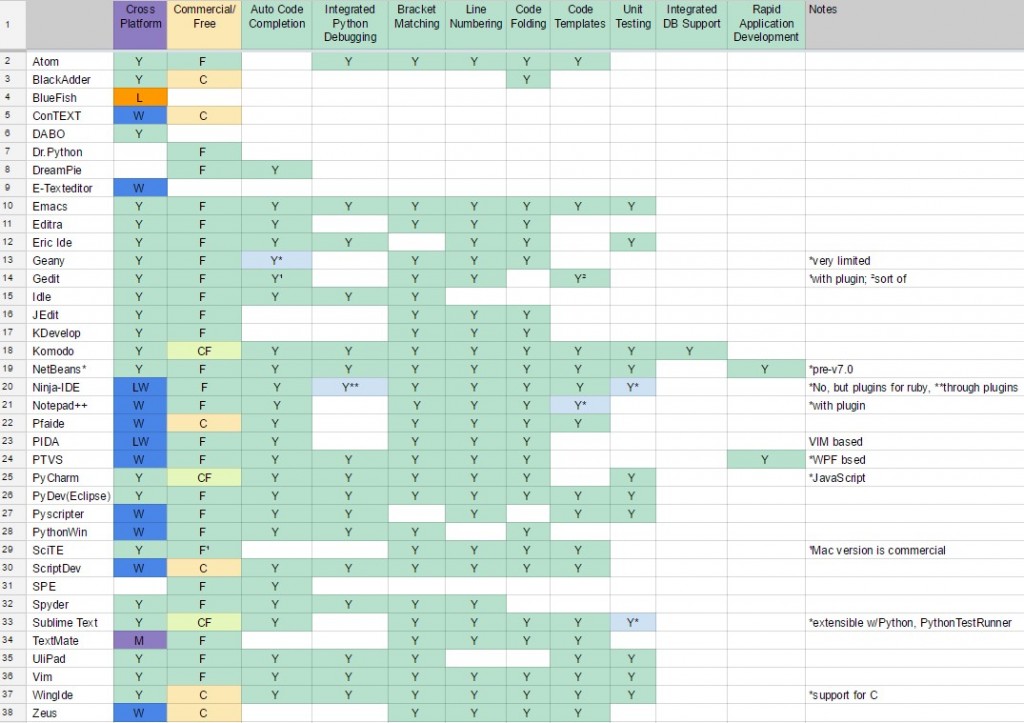 I chose Python Tools for Visual Studio (PTVS) which is a free plugin for Microsoft Visual Studio for creating, debugging and running Python projects from within Visual Studio. This interface has many features such as auto code completion and integrated Python debugging.

The installation of PTVS is described here:

I recommend running through the first 4 videos.

Select Python 64-bit 2.7 as the Python interpreter and leave the other settings as is. 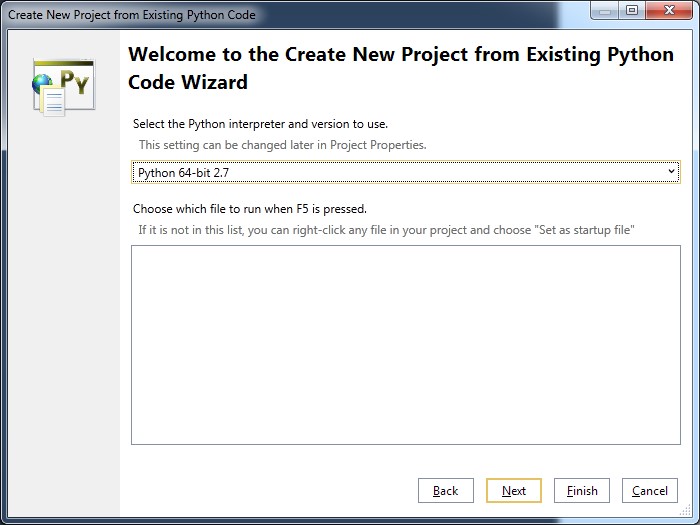 Add the DymolaExample.py code by right clicking on the project name and selecting Add->Existing Item and browsing to <Dymola 2017 Installation directory>\Modelica\Libraries\python_interface\examples\DymolaExample.py. 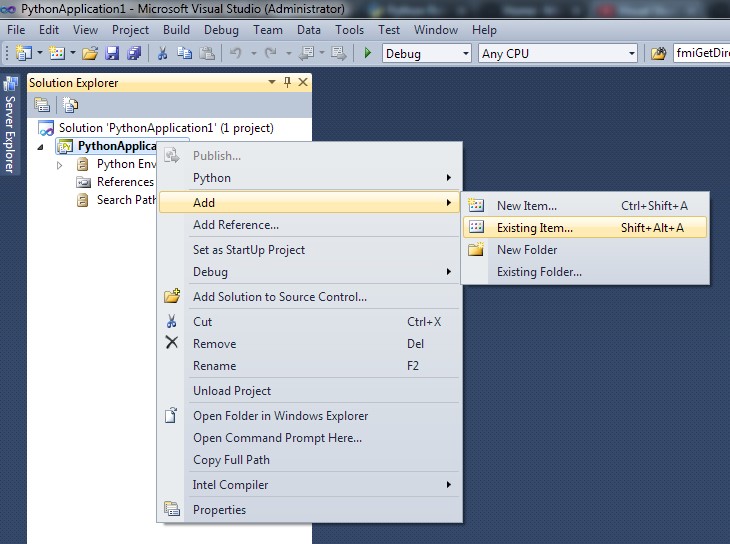 Figure 4: Adding an Existing Item to the Python project.

In the VS project right click on the DymolaExample.py and select Set as Startup File

For the interface to work you need the Project to be able to utilize the Dymola.egg package, this is done by adding the dymola.egg package to Search Path (as done below): 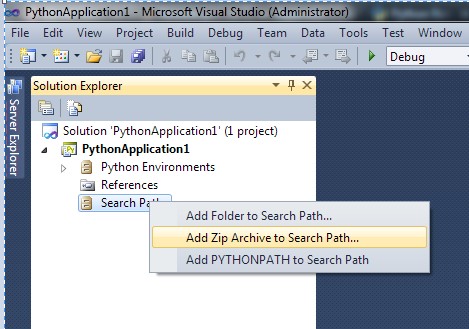 Now it should be possible to step through the Python code in the Visual Studio environment. 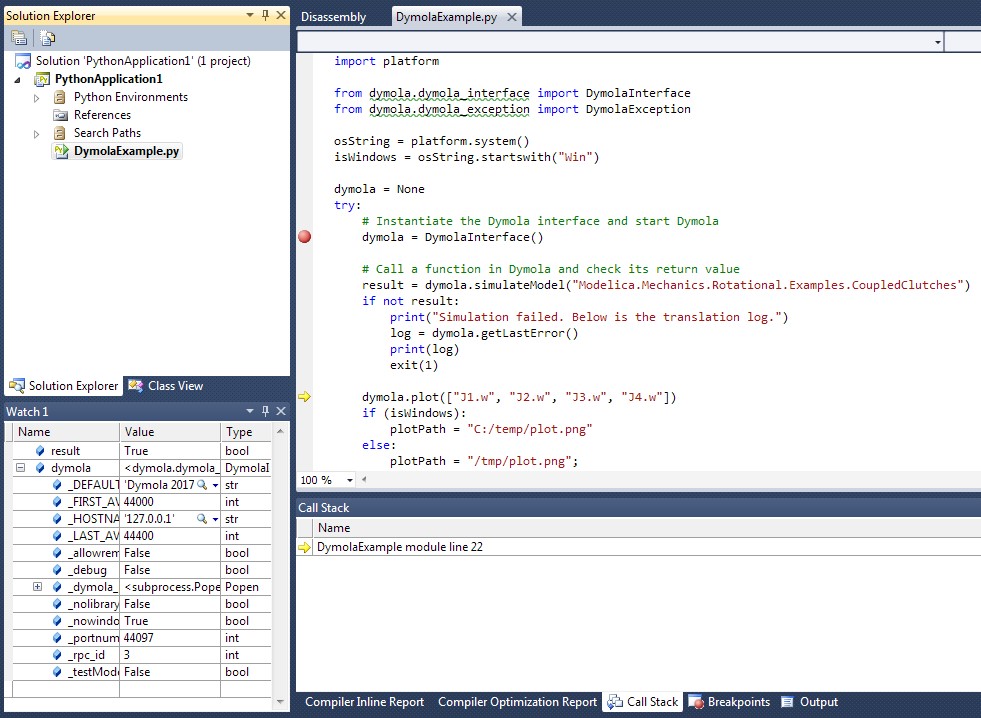 Figure 6: Stepping through the Python code in the Visual Studio environment.