Consider a tracking control law for a linear delay system

are the outputs and

is idle speed request. Augment the states with the error states

and partition the augmented states as

Then the nominal system can be written in the form:

The proposed controller seeks to induce a sliding motion on the surface:

are design parameters. Partition the matrix S into:

such that (2) is stable and the influence of reference signal

is minimised. A change of coordinates exists such that

Then the nominal system can be written as:

is a nonsingular diagonal design matrix.

such that sliding surface

is a stable design matrix. The overall control law is then given by

The nonlinear switching control is:

is a small positive number for smoothing the control signal, and

. In terms of the original coordinates the linear control is 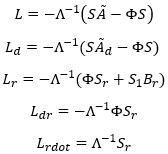 is engine speed. Signals required for feedback control can be listed as follows: 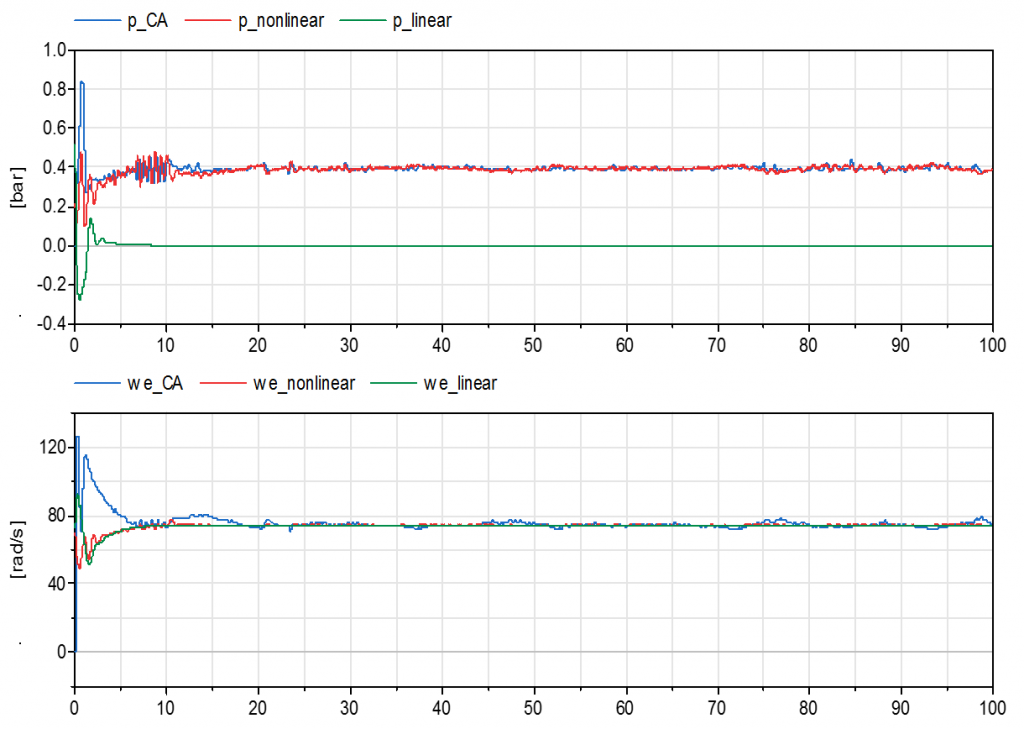 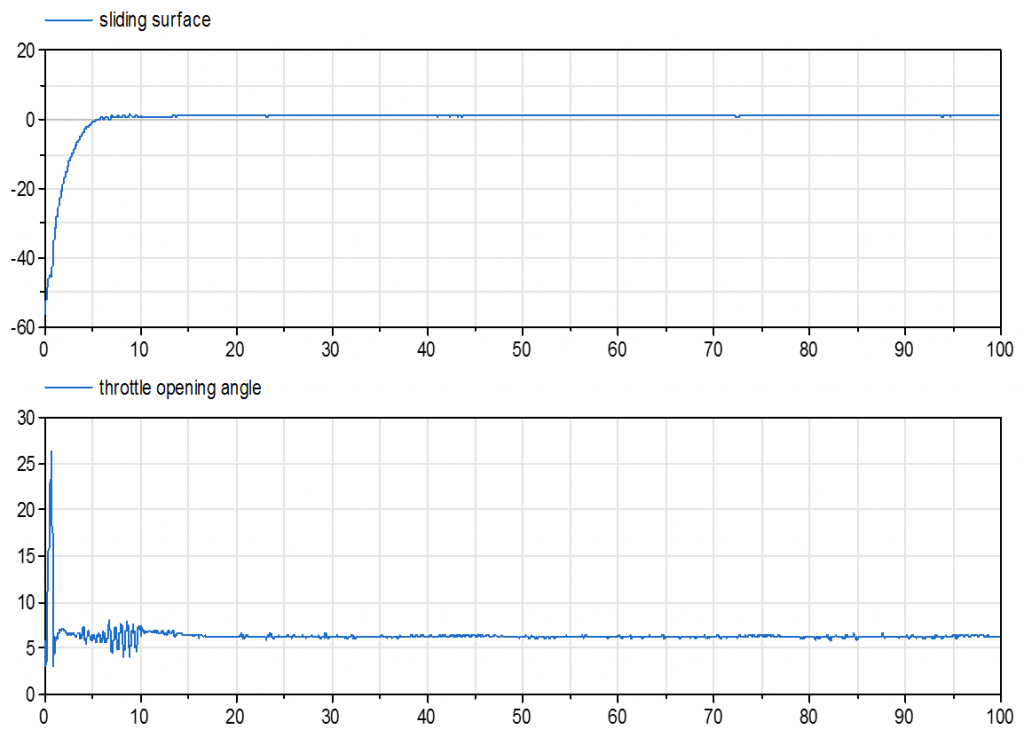 Analysing Figure 1 and 2, the manifold pressure of the nonlinear model is in a similar range to that of the crank angle resolved engine model. The pressure of the linearised model remains at zero at the equilibrium operating point. The engine speed of all the three models is controlled at 74.5 rad/s (710 rpm). The sliding surface variable is not zero because switching control is smoothed by a filter as strictly switching at infinite or very fast frequencies is not practical even though smaller simulation time steps would allow the controller to respond with less oscillations in the outputs.. The throttle opening angle oscillates heavily in the first 10 seconds because a controller with higher control gains is used. A controller with delayed state takes over after 10 seconds and the controller oscillation is reduced significantly. Engine speed remains very close to nominal operating point without significant oscillations. 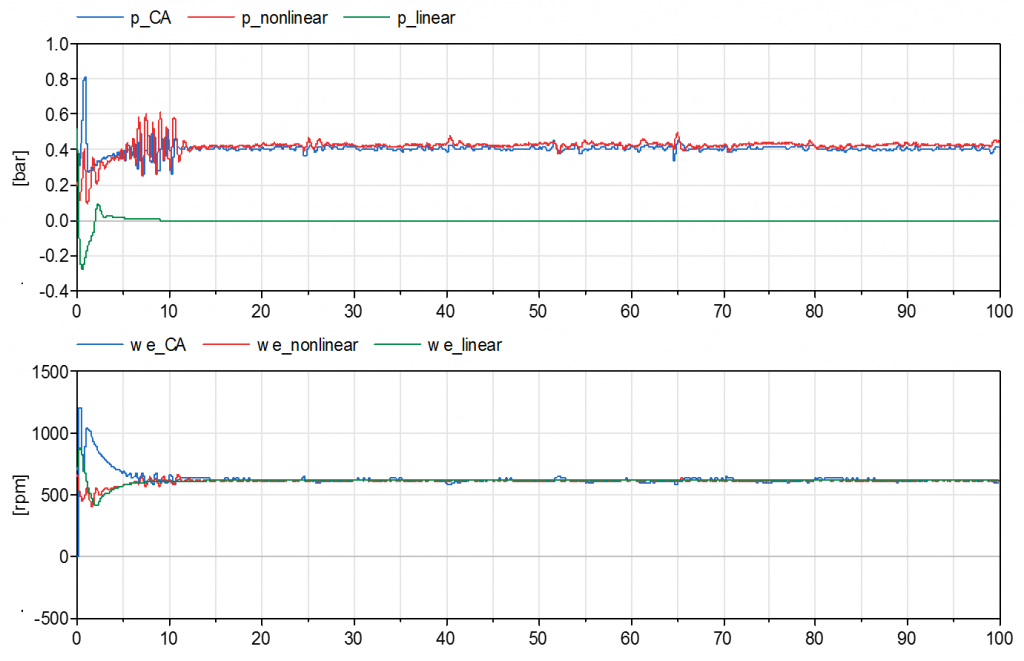 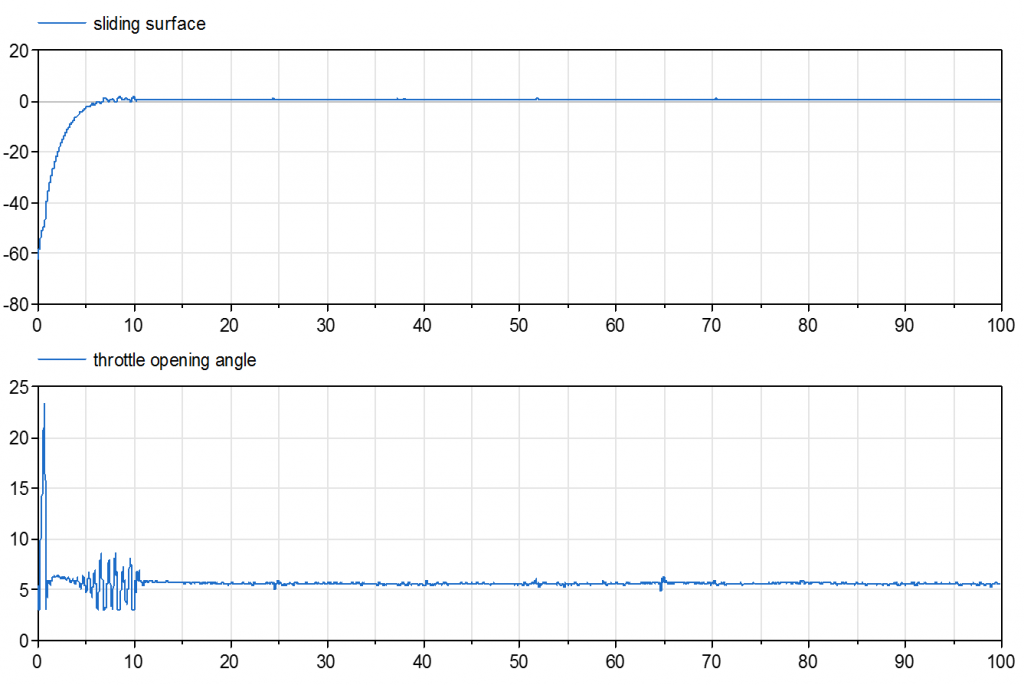 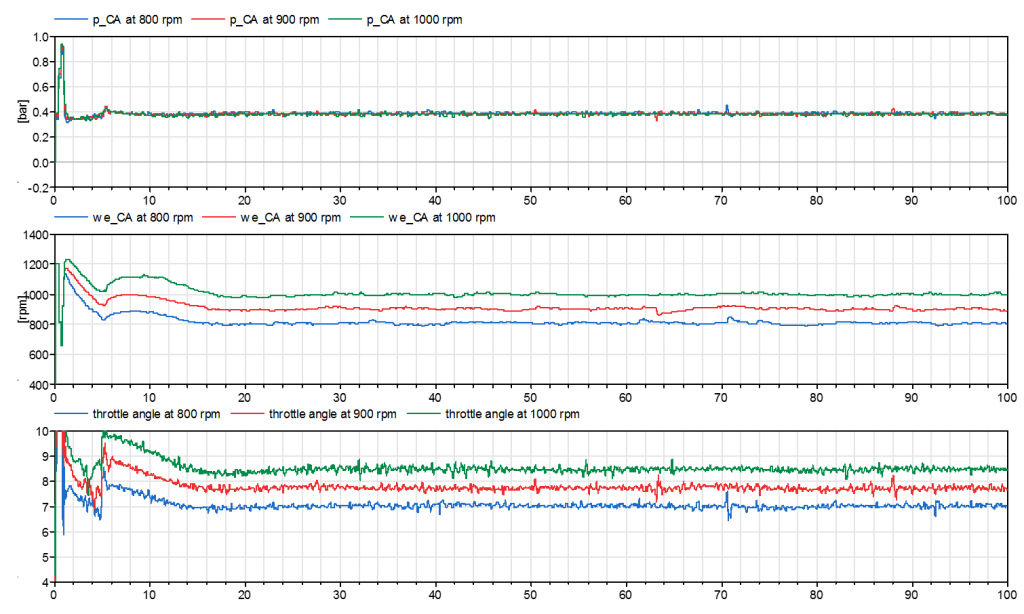 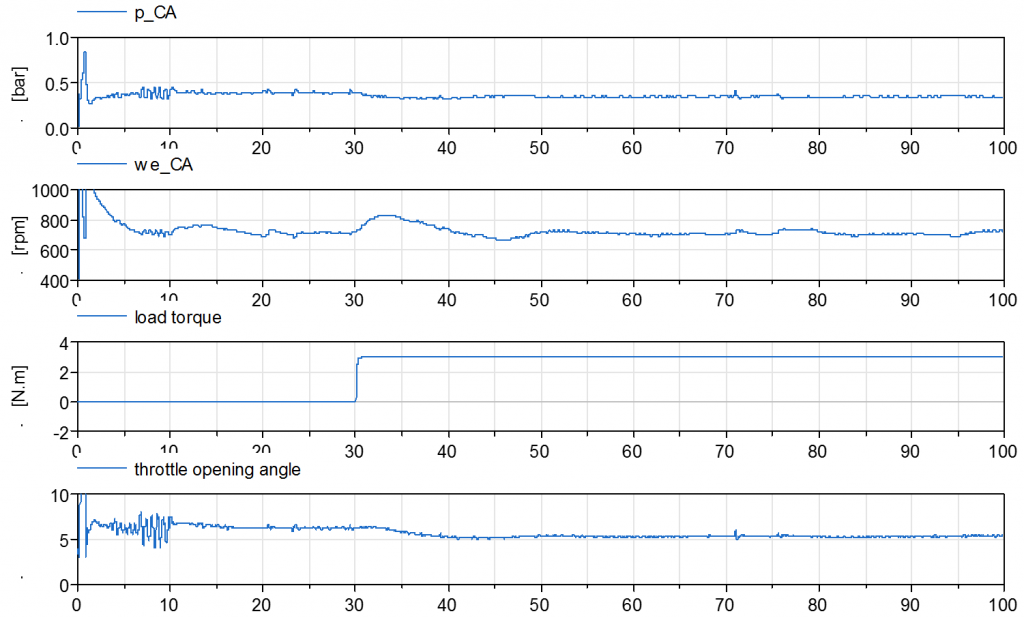 A sliding mode controller has been designed for tracking control of engine idle speed. The control takes delayed information between induction and power output at shaft. Robust control performance is shown under a load torque disturbance. Engine speed is controlled between 600 rpm to 1000 rpm. The control requires fast switching which is difficult to implement in the simulation platform considered. A smoothed nonlinear control has been used to counteract this problem.