Home Blog How can I make my models run faster?

How can I make my models run faster?

There are 4 common causes of slow-running models:

Poor initialisation values can lead to slow model initialisation and large amounts of CPU time spent whilst the model settles into a more stable state. For example: If we had a fluids system where two adjacent pipes were initialised at substantially different initial pressures (say 12 bar and 0.3 bar respectively), we would get a large transient at time t=0 and shortly beyond as the pressures in the two pipes stabilise. The same concept is valid for other domains. For a multibody vehicle system we might initialise the vehicle body to be travelling at 50mph but we might have forgotten to initialise the wheel rotational speeds to reflect the vehicle body initialisation. If the initialisation of the wheels is 0 rpm, we will get large amounts of tyre slip causing the model to be unnecessarily computationally intensive.

We need to understand:

To do the above we need to select the tick boxes Log selected default initial conditions and List continuous time states selected found within the Experiment Setup -> Translation tab (see below). 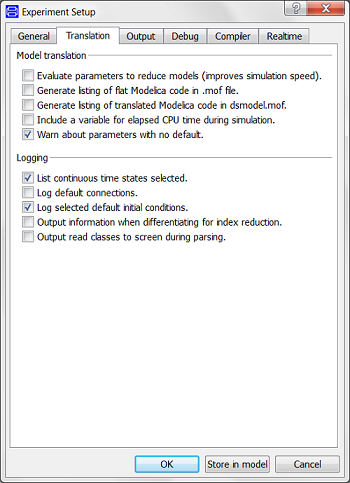 We can now translate the model to view the output information from selecting these boxes:

The log tells us that Dymola has assumed initial start values for 3 state variables. These are: 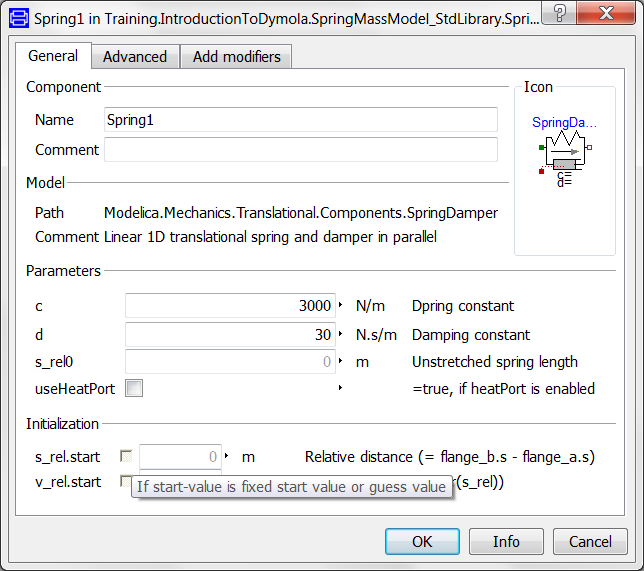 Tracking events during the simulation

We can see the number of events that occurred during the simulation in the Messages window, on the Simulation tab.  We can also log them in more detail, to find out when events occur and what the triggering equations are. To enable this logging, select Events during simulation and Events during initialisation in the Experiment Setup -> Debug tab. 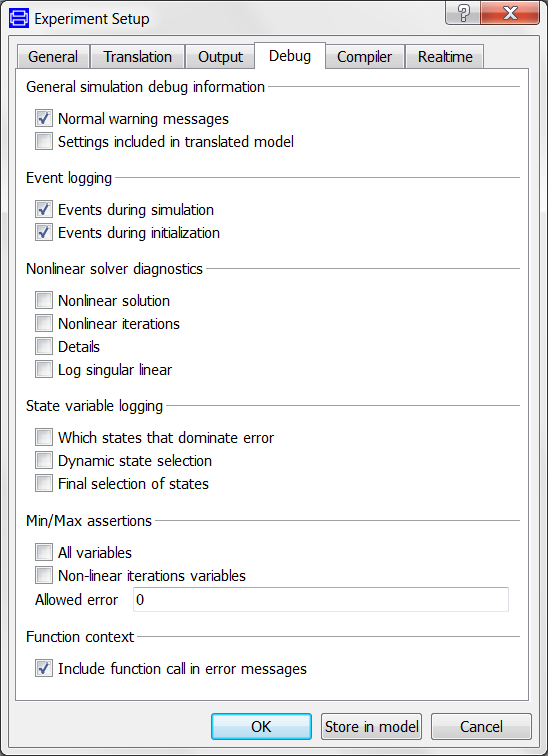 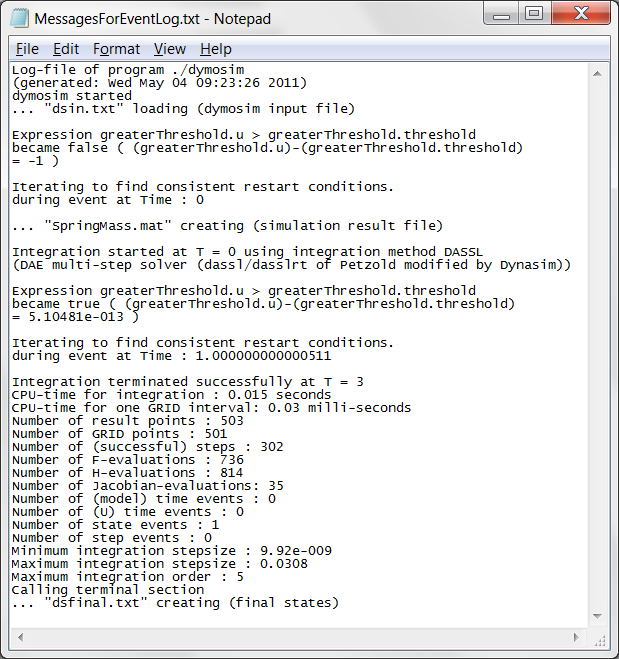 To remove events we can re-work the model code to minimise the number of Boolean checks we are requesting or/and use special operators such as noEvent and smooth to reduce the number of events being generated.

Translate the model and open the dsmodel.mof  file in notepad or similar text editor (this file will not be generated if the model contains encrypted classes). Do a text search for nonlinear and search down through the file to identify all the non-linear systems of equations within the model. We can now try and rework the code to reduce the number of non-linear systems of equations. Sometimes it is not feasible to remove all of them so we have to just live with them as they might be inherent to the behaviour of a system.

Numerical Jacobians are normally appear when Dymola cannot compute the derivative of an expression. Numerical Jacobians are computationally expensive so we should try to eliminate these when they occur. A numerical jacobian is usually generated when Dymola is unable to automatically differentiate a function.  We can do this by providing Dymola with the expression for the derivative of the function within the model. To discover which functions cannot be differentiated but need to be set the flag Hidden.PrintFailureToDifferentiate=true before translating the model.