The Dymola Compilation Process in Action

This blog post describes the Dymola compilation process used to compile the C code generated during translation into an application file(s) that is used during simulation.

Figure 1 shows the Dymola translation and simulation process diagram in which a Modelica model passes through to generate the Simulation results.

Step 2 of Figure 1 depicts how the C code is built into an application file(s). This build process is the focus of this blog post.

Please note that this blog post has used Dymola 2018 FD01 for demonstration purposes.

There are a number of different compiler options supported in Dymola. However, the C code is built depending on the selected compiler and the translation methods. 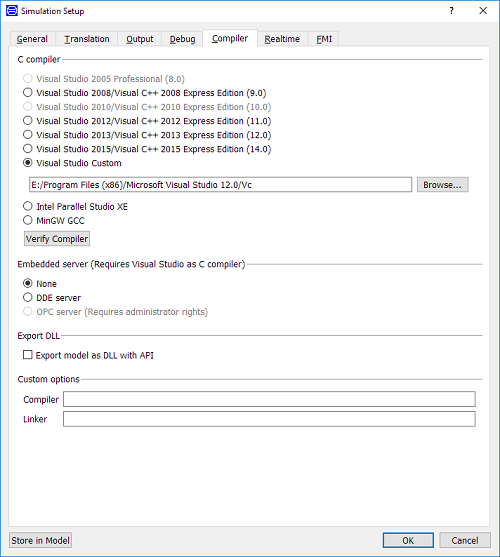 Dymola models can also be exported as FMUs by using the Translate toolbar on Dymola Simulation window as shown in Figure 3.

Different compiling options use appropriate batch files to build the C code. These files are available in <Dymola installation directory>\bin:

When the build process is performed, an appropriate batch file(s) is called by Dymola based on the compiler option selected in the Simulation Setup in order to build the required application file(s).

An example using VS build.bat file is provided below; Dymola Compilation

Before proceeding the following steps, it is highly recommended to create a backup copy of the ‘<Dymola installation directory>\bin\build.bat’ file in your preferred location.

Once the model is translated, Windows cmd will appear that may look similar to Figure 5. 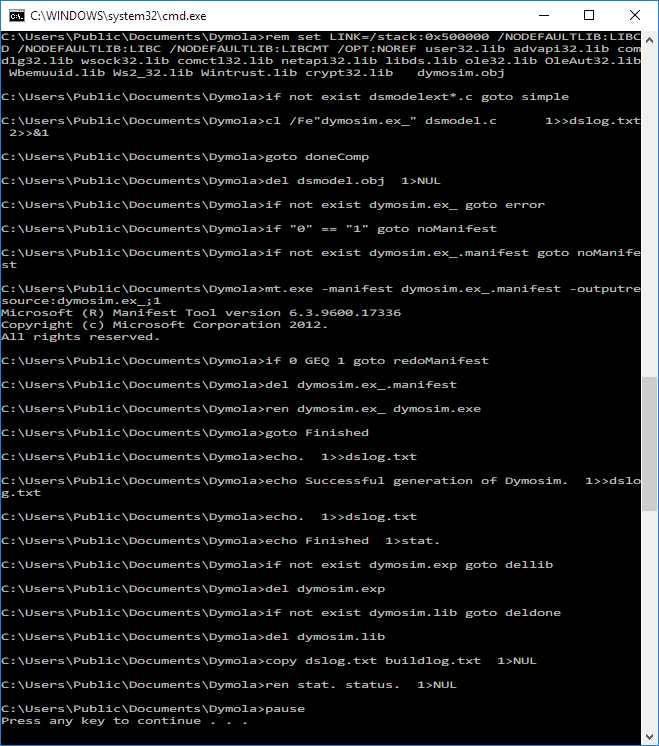 Figure 5.  Build commands in action when translating Modelica.Blocks.Examples.PID_Controller in Dymola.

Figure 5 displays a cropped version of commands used by Dymola during translation and compilation of the C code in Windows command line. This cmd will stay open until a key is pressed.

The build process will generate a number of different files in the current working directory depending upon the build option used. A few of them are given below:

Remember to revert to the original version of the build.bat file in your ‘<Dymola installation directory>\bin folder.